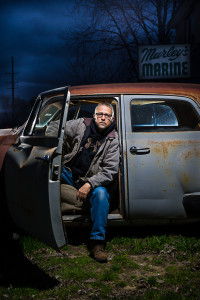 I have been a professional photographer for more than 15 years and have been shooting all my life. I actually have an old 8mm film, passed down from my mother, that shows me at about three years of age directing subjects as I shoot them with a Kodak “Brownie” camera  As I said on my home page, I’m not just all about pretty pictures. More so, I’m about images soaking with emotion, drama and cinematic style. Images that make a statement and capture the essence of a moment. Taking pictures is simply not enough. My images are created in my head, long before that shutter is ever tripped. I don’t care how much a person spends on a camera, it is not going to take the photos you see on this page just being set on it’s “Auto” mode. Insight, imagination, lighting and experience does not have an “auto” or “program” mode! http://paulcrowthergreen.co.uk/rheumatoid-arthritis If you are looking for seriously great portraiture or photography….I’m that guy!

As a married man and father of a fuorteen year old daughter, I am thankful for the women in my life. Becoming a dad was the greatest gift ever. I am also an avid motorcyclist, riding a 2001 Harley Davidson “Fatboy” on the road and a Kawasaki KLR 450 in the dirt. As a family we enjoy riding the trails on our Quads. I find myself drawn to anything vintage and well worn. Often, I find myself using such things/ places as props/settings. I like things with history to them. Yes, including my old Carhart coat in the photos. I’m not much of a TV watcher, but when I do, I find myself focusing in on the lighting and shooting techniques used to film the show. A couple of facts that people might not know about me is that I also author a photo blog about Detroit at http://detroitinportraits.com and that I am addicted to McDonalds Coke. Hey, don’t judge me! mg of neurontin Photography is one of the constant loves in my life and I wouldn’t change that for the world…I’m that guy too! 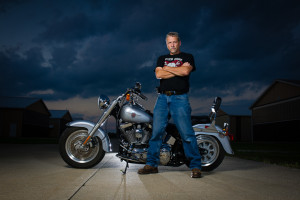 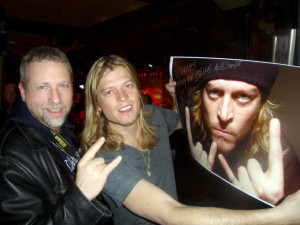 CURRENT AND PAST CLIENTS

WHAT OTHER PHOTOGRAPHERS HAVE TO SAY

“We have always heard it said, “Get it while the gettin’ is good”. No doubt,  this statement has never rang more true. Seriously, you should book a photo session with Detroit’s Premiere Portrait photographer Tony Lafferty before he becomes Ultra-famous.”

“Tony is a Master Photographer, fearless explorer, consummate teacher of the craft, statesman and friend. It’s a pleasure to observe and learn from a true professional and expressive talent.”

“Tony is one of the most creative, gifted and imaginative people I have ever came in contact with. His photographic skills are unparalleled. A mind that never stops. He is constantly on the lookout for the perfect shot. I consider myself richer for having known him. Everytime we shoot together, it becomes a new adventure and learning experience. A true professional and friend.

Let’s Show Off Your Story!